This project contains the sample program for how to use Packet Compressed Sensing Imaging (PCSI) to transmit images over unconnected, noisy, lossy channels. 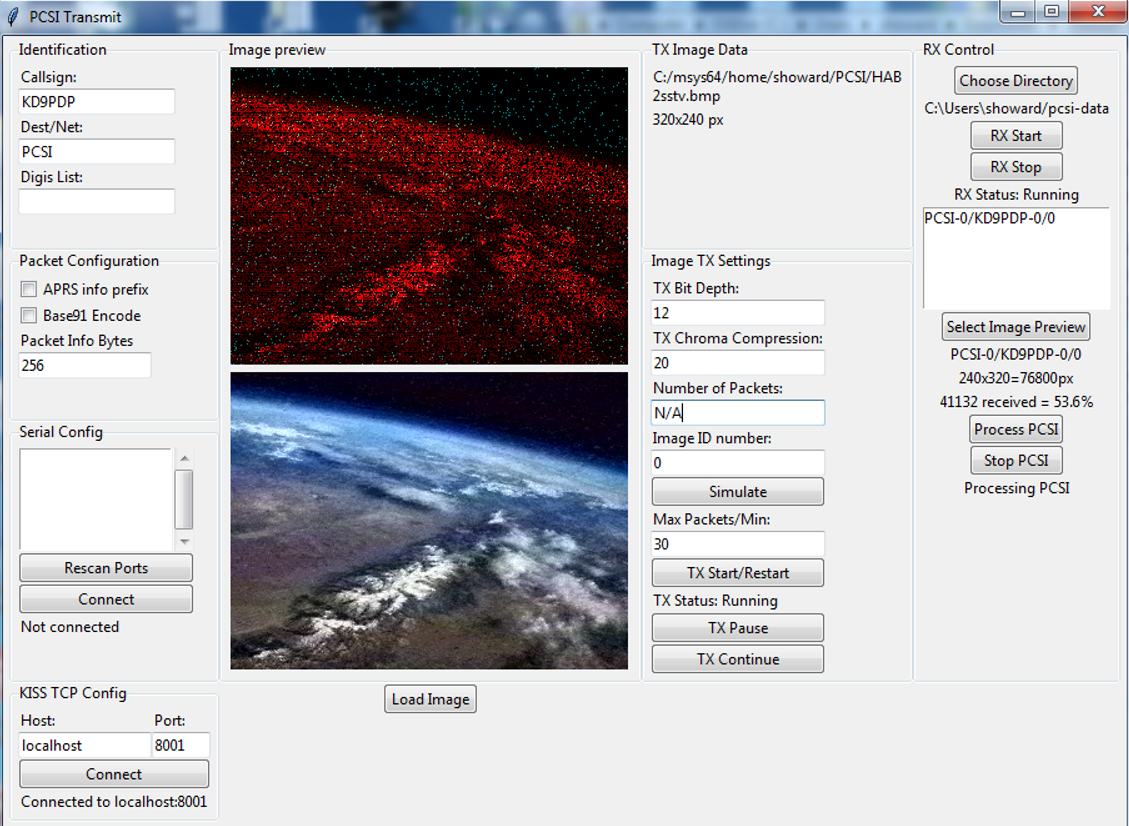 Packet Compressed Sensing Imaging (PCSI) is a way to:

The reference software included here allows you to:

Also included is the specification for the pseudorandom datagram payload (PDP) protocol that enables PCSI, and a tutorial on how PCSI works.

Development information is available on the project Github page

PCSI is a way of transmitting imaging data over unconnected networks where receiving stations may each receive different random packets (due to corruption from noise or blocked signals) yet each receiving station can individually reconstruct the entire original image with high fidelity only with the packets it received. High quality, full frame images, can be reconstructed with as little as 10% of the original data being transmitted or received. Even if a receiver joins the broadcast mid-transmission, it will be able to reconstruct the full image. For more details, click here.

Download from the github releases page. Unzip the folder. Find "pcsiGUI.exe" and double click on it to run.

See the following video and text below. In the video, PCSI is controlled on the left window, the right window is a terminal running direwolf. You could use fldigi or your hardware TNC as well.

See the video below and the following instructions: